Another Blow to Linear Time 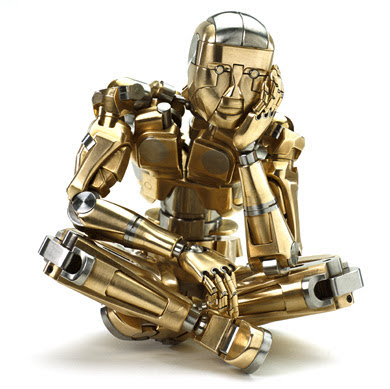 Henri over at the Philip K Dick Bookshelf recently linked to this January 2007 review of a new Gollancz edition of Martian Time-Slip. In it Sue Davies writes:

"Dick's descriptive power is remarkable and in places as viscerally shocking as any horror novel can be. This novels slips in between 'Time Out Of Joint' and 'Eye In The Sky', sharing and revelling in many [sic] the obsessions examined in those novels."

But seriously, do these people do any research at all? Do they have any concern at all for the factual accuracy of a review they're writing? What gives?

Actually, I am interested in this new novelist I heard about a few days ago; his name is Herman Melville and apparently he wrote several science fiction novels about super intelligent mutant whales in the 16th century (talk about ahead of his time). Apparently Melville doesn't get out much these days. I heard he's been spotted whale watching with Captain Beefheart, but I'm sure in no time he will get the literary recognition he so richly deserves.

If anybody wants to pay me for the paragraph above leave a bid in the comment section.

I think it's best to let Davies have the last unintelligible word. Here's to never reading what you've written:

"[Martian Time-Slip] falls down on wrapping up the story of Manfred because we never truly share where totally his inner vision but nevertheless it is an absorbing read."
Posted by Ragle Gumm at 10:03 AM

It's a bad review -- reads like a second draft. Martian Time-Slip deserves much better.

We were talking about poorly-done editions of Dick at PKD-Day last month. In fact it was one of them that seemed to have sparked off Ian Watson's righteous anger: a collection of early stories (some good, some bad) masquerading as a 'Dick Reader'. Dick still doesn't often get the editorial care he deserves. For instance I spent years trying to figure out why 'A Scanner Darkly' was set in 1944: because the old UK Granada paperback edition misprinted '1994', that's why! There's still a long way to go with Dick scholarship, that's for sure.
JohnG

I would like to come to the defense of Sue Davis by suggesting that maybe she meant to say that thematically Martian was between Time out of Joint and Eye in the Sky... (rather than chronologically).

You're probably right Henri, but what fun is that? Besides. Proofreading, my god, proofreading! If I were making any money doing this I'd be more accepting of errors made by "pros." What's the deal with that site anyway? The other PKD time article was pretty good.

I don't know much about this site except that they have reviews of PKD books once in a while.
But reading from the site I learned that it is the most popular website in Europe!

"SFcrowsnest has a strange and spotty past, as befitting a SF/F site that now rather bewilderingly finds itself the most popular SF site in Europe (and the 3rd most popular in the world)."