How Much More Dick Is There? 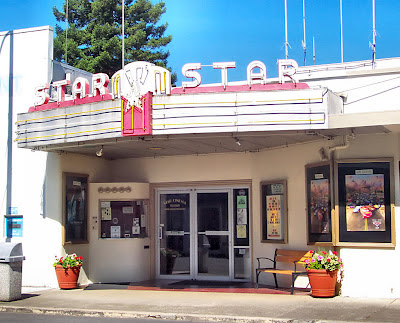 The paid writers over at io9.com are running a Which Author Should Replace Philip K Dick As Hollywood's Idea Spigot poll. The first line of copy reads:

"As prolific as Philip K. Dick was, Hollywood still may find itself running out of his books and stories to film at some point."

Well that got me to thinking, and thinking kinda hurt, so I grabbed a calculator and did some computin':

That's roughly one film every 2.7777 years, and there are 150 or so short stories and 55 novels (minus the nine already made - though they could always remake some of them) equaling 196 potential adaptations. At that rate we won't run out of Dick adaptations for 544 years. So perhaps I will see an Iain M Banks adaptation in the future (yes I know about Complicity but nobody else does so it doesn't count ) but it will be 2554 and I'll just be a head in a jar. I'm a pre-cog and I can tell you they will definitely still be making movies in the twenty sixth century. Of course Dick's work enters public domain - unless Disney's lawyer's, or VALIS, or VALIS's lawyers intervene - sometime around 2032, so it's safe to assume the pace will pick up before that event horizon. I think they're making four or five right now.

And why didn't io9 include Lucius Shepard on the list? I would have picked him; plus I personally know a Hollywood director that is trying to option a couple of his stories, and I don't know that many Hollywood directors.
Posted by Ragle Gumm at 10:34 PM

Complicity is by Iain Banks, not Iain M. Banks; that is, it's not science fiction.

I don't know if this has been discussed, but I think The Truman Show sort of counts (loosely adapted from Time Out of Joint).

Actually, most of the Dick film adaptations have been from his short stories, so we have more novels left to adapt than you indicate. I think his short stories are probably easier to adapt as his novels are so stuffed with ideas, any one novel would be grist for several films. The stories are simpler, more stripped down. BLADERUNNER, for example, barely touched on much of the thematic content of its source novel. (Having recently acquired the boxed, multi-volume set of all the versions of the film, I'd like to go on record as saying that, visual splendor aside, it's really not the best adaptation of Dick on film, and in some respects it's incoherent. Harrison Ford's acting is terrible and the dialogue portentious.)

It would be an interesting aesthetic experiment to see different directors do separate adaptations of the same novel, as completely different films could be made from the same material, depending on each director's own emphasis and viewpoint.

On rereading your post, I see you're counting the nine adaptations as being from Dick's total corpus...novels and short stories combined. My mistake.

I think there's enough ideas and material in Three Stigmata, Martian Time Slip and Flow My Tears for each to get ten or twelve hour long TV series.

Electric Sheep is screaming out for something longer and more complex than a two hour movie. Anyone who thinks Blade Runner used the best material from Sheep hasn't given it a good re-reading lately.

BTW, am I the only one though the Iron Man movie was heavily influenced by PKD's writings?

io9 are a bunch of whiny wanna-be dweebs. I hope you set them straight.

Darryl, in what ways did you think that PKD's writings influenced the Iron Man movie?

Hey, I totally agree about Lucius Shepard, who apart from being another genius conceptual mind is also in my opinion, one of the best pure prose stylists writing today. Check out my two faves - A Handbook of American Prayer or his classic Life During Wartime, which at one point was under option to James Cameron, then later had Philip Noyce attached to direct.

Also, shouldn't Radio Free Albemuth be on the list of PKD films? I know it hasn't been released yet, but I would think it should count for having been produced. Maybe I'm a bit biased on that score....

lets not forget that each movie has a chance of winding up in remake form (also, we have already seen how many cuts of blade runner?)--take for example the george romero zombie movies: we've already seen "remakes" of both dawn and day of the dead--so we could be looking at upwards of a thousand movies over the decades. there will also eventually be movies made in efforts to "correct" the films already made that deviate from the plot of the book, leading to several potential iterations of attempts to be "more faithful to PKD than the last one."

finally, there's dozens of moments from the exegesis that could be made into visionary films, or the letters could be converted into psychedelic talk-based metaphysical comedies. I predict at least 2000 PKD feature films by the year 3000. (of course there may be some entropic gubbishing principle at work that will cause decay in popular interest in PKD's work...)