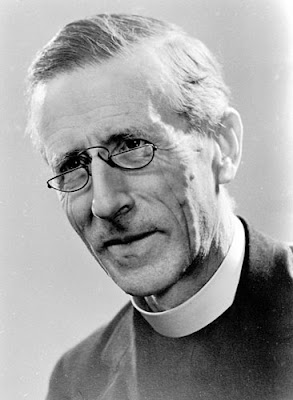 Here is part two of John Fairchild's Sentient Gravity paper delivered at the Philip K Dick Festival a few weeks ago. Part one is here.

II. Philosophical Foundations
Similar to the way he would re-read his own works, Phil read extensively to see if he could recognize what he had seen. He used the Encyclopaedia Britannica a lot. It was a major reference tool for him. He also used The Encyclopedia of Philosophy. He would read up on certain concepts and then be led to certain writers. He would then often be surprised and at times pleased to find out that some of his conclusions were not original to him. He would sometimes show disappointment that his findings were not original, but at the same time he was happy to see that there were other bases for his conclusions. Up until the time of these letters, Phil had thought that Plato’s Forms and Spinoza were the twin pillars of his understanding of what he saw. Philo of Alexandria and Pythagoras were buttressing Plato, and Parmenides preceded Plato. Then within the last two years of his life he began to read about Malebranche, Joachim del Fiore, Martin Luther, and Pierre Teilhard de Chardin. (His full last name is Teilhard de Chardin and his biographers refer to him as Teilhard.)

So let’s take a look at some of these people and see how they preceded Philip K. Dick.

Parmenides, Greek, 5th Cent. B.C.: The multiplicity of existing things is but an appearance of a single eternal reality. Differences are illusory. The knowledge of something comes not from sense perception but is rather known by the mind as being of a higher, superior, order. Plato’s Forms follow Parmenides. (EB)

Benedict Spinoza was a 17th Century Dutch Jew, although he was expelled from his synagogue for unorthodoxy: “God” is the name of one substance whose other name is “nature.” God/nature is the continuing cause of the world, not just a first cause. Spinoza says there are also finite modes and extensions such as individual bodies and ordinary physical objects (perhaps what Phil called ontogons). World is the soma, the body, of God. (p.51)

One of the key quotes in the Letters that will show the relationship between Spinoza and Philip K. Dick is on p. 131: (which is from The Encyclopedia of Philosophy, hereafter EP) Spinoza wrote: “…thought and extension are two attributes under which the one substance is conceived… all reality can be thought of as a series of … physical bodies ordered in causal series, or equally as a series of ideas ordered in intelligible logical sequences. The two sequences will correspond exactly, not because of any … correspondence between them but because they are the same causal sequence viewed in two different ways.”

Nicholas Malebranche, 17th Cent. French: “We see all things in God.” Changes, whether of the position of physical objects or of the thoughts of an individual, are directly caused not by the objects themselves but by God. What are commonly called “causes” are merely “occasions” on which God acts to produce effects. (EB) And then, also from the EB, “… he also thought that the existence of God follows from man’s cognizance of infinity.” (Just a little joke if you’re familiar with the Nov. 1980 Exegesis entry in Sutin’s In Search of VALIS.)

Martin Luther, 16th Cent. German, a leader of the Protestant Reformation, said Christ is present in everything, in stone and fire and tree. God is present in anything on earth. (pp. 251, 252)

Teilhard de Chardin, 1881-1955, French. He was a Jesuit priest whose major works were prohibited by the Church from being published in his lifetime. He was also a Paleoanthropologist who spent significant time in China and participated in the discovery of the Peking man fossils. He says that not merely is evolution continuing in humans, but also in consciousness. His noosphere is superimposed on our biosphere and is a “thinking layer” that will allow us to culturally and evolutionarily converse. It is similar to Jung’s collective unconscious. He did not fully explain his definition of the Cosmic Christ. So when Philip K. Dick refers to it, we have no complete picture of it.

my guess for the picture, before reading the article, was Teilhard. an edifying, but still tantalizing, discussion of PKD's sources

Well, I knew it wasn't my bad boy Bishop Pike ;) (who was not Jesuit) so it had to be the Frenchman Teilhard de Chardin, right?

I posted my appreciation of the paper and posting under Part I, but thanks again!