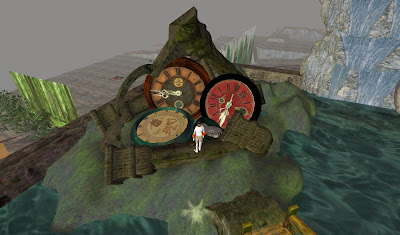 Almost as if he had anticipated some of the recent comments about this paper, John Fairchild surgically slices and dices some of the criticism aimed at Dick's philosophizing as well as the cliched assessments of his mental health done by proxy by the media at large:

V The AI voice (Artificial Intelligence)
The AI voice goes back mainly to 1974, yet in earlier letters Phil recounted an instance of how he was first helped by it when he was in elementary school. He had forgotten a mathematical principle upon which an entire test was based. The AI voice came to him and explained the principle.

To say the AI voice was an auditory hallucination is to ignore our long history of humans hearing voices that cannot be considered auditory hallucinations. If you are in a cabin in the woods and are about to open the door and hear a voice in your head that tells you “Don’t go outside, there’s a bear out there” and you look out and see a bear, then you do not condemn yourself for hallucinating. Towards the end of these letters Phil said the AI voice is the voice of the ecosystem/biosphere. Yet in earlier volumes when he thought the AI voice was in a satellite (I believe) he said he asked the voice where it was—the voice looked around and found something labeled “Portuguese States of America.

So I don’t think by using internal evidence we’ll be able to come up with an answer of what the AI voice was.

Phil directly addresses criticism of his mental health (he was accused of “going slowly crazy in Santa Ana”), so let me stake out a couple of personal positions. One, philosophers and theologians have been explaining their viewpoints for 2,500 years, yet when one writer attempts to say that he saw what they were writing about and further, attempts to describe it, people become concerned about his mental health. I think Philip K. Dick did in fact have some or many problems, but attempting to describe the universe of our greatest philosophers doesn’t constitute mental instability.

Two, the word schizophrenia used to be thrown around attempting to describe our writer. Given the definition of schizophrenia Philip K. Dick could not have been schizophrenic. If you disagree with this, then name a certified schizophrenic who left behind a body of literature. Put another way, it is impossible that the author of The Transmigration of Timothy Archer was schizophrenic. Just because you show certain symptoms of an illness, that doesn’t mean you have that illness. You could have something else entirely. Many illnesses share the same symptoms.
Posted by Ragle Gumm at 10:35 AM

That snapshot looks like Second Life — where was it taken?

Lovely to see a defense of PKD's reports on his experiences. I find it funny that people feel so confident psychologizing what PKD experienced, as if it had never occurred to the guy to consider the same conclusion. He was troubled by his experiences precisely because they eluded such easy explanations.

It's interesting to consider in this light the contemporary scandal of Ball vs. Terence McKenna... http://www.realitysandwich.com/reply_martin_balls_terence_dmt

I tend to trust the phenomenological reports of a mystic who takes his experiences seriously enough to research and write about them--even if they sound kinda crazy--over the shallow assumptions of their critics. This is not to say that we shouldn't make judgements about the contents and interpretation of the experiences, just that we should be careful making assumptions about psychological processes we don't have any access to.

Over the years I read several books on schizophrenia and Phcologists used to call everyone schizophrenic. Now It is not so. I even asked several Phcologists I prsonally know and They indeed supported your outcome.