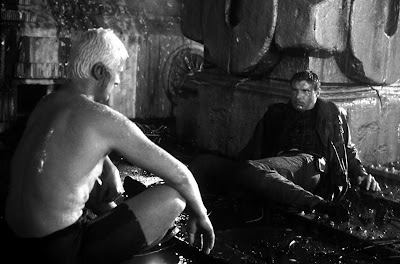 I've been itching to dig into something a little deeper, dear readers, even as the end of the semester does its usual number on my brain. Articles about the Exegesis are starting to appear now that people have had a couple weeks to digest it (by the way, I'm not sure that's even possible in two weeks, but that's not stopping people). Anyway, the article that got me thinking was in the Spectator by Andrew Mckie, one of our regular readers from beyond the pond. In Did Philip K Dick Dream a Message From God? Mckie writes:

"Judging by these journals, however, what Dick thought was much more dangerous. He maintained that, in 1974, he had received a message from God telling him the modern world was a fraud, a simulacrum laid over a reality that had not changed since the first century AD. He understood, or came to understand as he wrote about his experience, that this might be a delusion, and that it might be understood as a metaphor – but, uncomfortably for modern sensibilities, only in the way that St Paul or St John the Divine might have been regarded as deluded, or that the Gospels should be read only metaphorically."

Yep. Here we go. As one of my friends said, pretty soon they're gonna have to stop saying Dick was 'casting endless theories' and they'll have to start talking about what those theories consist of. And when they do, hang on, because it's going to be a wild ride. Mckie contextualizes for us:

"But in one respect, PKD is out of step with the times. The Baudrillardians are happy to have him point out that time is an illusion; that the authorities are out to get us; that God can talk through cheesy television advertisements; and that, with the endless refractions of different media playing the same message back and forth, nothing is quite as it seems. But they are happy for him to do so just as long as it is a fun metaphor making an important point but not to be taken seriously."

It's the G-word folks - God, a relic that science fiction has been devoutly wishing to extinguish since the genre's inception. Indeed, Dick's religiosity later in life put him at odds with any number of science fiction writers including Ursula K LeGuin, Norman Spinrad, Kevin Jeter, Thomas Disch, and many others. While the highbrow literary atheists can tolerate Eliot, and the Fantastics put up with Tolkien and CS Lewis, Science Fiction has, as a genre, remained at odds with the theological, in fact this opposition is, in many ways, a science fictional religion in its own right. The Kids in the Hall have an amazing skit about this (watch it here and click to the 2:30 mark).

I can remember as like a twelve-year-old reading Asimov's Foundation Series in which characters say the word "Galaxy" in place of the word "God" and understanding, almost immediately, what was going on.

So the other day on Facebook, I saw that Radio Free Albemuth posted a link to Mckie's piece and almost immediately someone commented: "Wow that's such crap. Dick was incredible, but his having a stroke doesn't mean that god exists." When you think about that statement, it becomes clear, pretty quickly, that it's believing in God at all that's 'crap.' And here's where the rubber's gonna meet the road: the Exegesis is hardcore theological speculation, an endeavor that many in our current milieu feel to be pointless, and what's worse, the sign of a degraded mind.

But to take the God out of the PKD, is kinda like listening to punk rock quietly: what's the point? I'm not getting all deist on you. I actually am pretty open minded about the whole thing. Recently, I asked a class of students to raise their hands if they thought Wilbur Mercer, the savior character in Do Androids Dream of Electric Sheep? was real, and I was amazed when not a single hand went up.

PKD always gives you an out. Deities in Dick's work are almost always made manifest by the characters, rather than appearing in burning bushes or whatever. I mean there's always the chance that Horselover Fat is just a deluded idiot, a fool on a fool's errand, and so you can dismiss his devoutness as misguided. But then, like the commenter on Facebook, you have to invent some kind of physiological explanation for 2-3-74: temporal lobe epilepsy, a series of small strokes, amphetamine psychosis, etc. Sure those are possible, perhaps they are even more likely than the notion that Dick really did see God, and God really did talk to Phil Dick, but you cannot explain away Dick's enthusiasm for belief.

My impression of The Exegesis is that it signals a shift in Dick's interests as a writer. In fact, it may be the earlier composition of the novel Ubik that marks this change. Before Ubik, Dick's central pre-occupation as a writer seemed to be entropy and withdrawal, but with Ubik there is suddenly a focus on redemption and renewal, and, in The Exegesis, Ubik becomes short hand for this kind of salvation. In this way, Dick's career then comes to resemble the layout of TS Eliot's modernist masterpiece, The Waste Land, wherein Eliot first catalogs the numerous ways the landscape has been made lifeless, dull, and dead, before ending with a meditation on rejuvenation through love and empathy (yeah, it matches that closely!).

So here's my prediction: watch for a lot more reviews to focus on Dick's "endless theorizing" in part because the theories are difficult to understand, and in part because Dick's religious attitude is so thoroughly at odds with our secular reality. 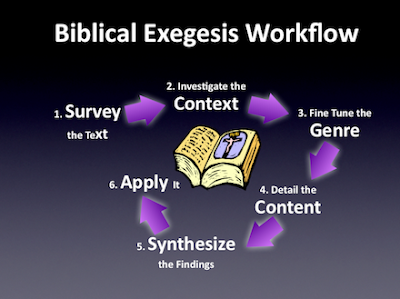 Wow, David, very nice. A lot of issues succinctly put. I particularly like the line about not explaining away his "enthusiasm for belief."

The only thing I'd add is this, regarding the divisiveness of the thing: maybe those so deep into skepticism that they can't fathom exegesis for anything assume us wacko Dick-heads who grok it must all be religious, and all similarly so, where in fact there are Christians both Gnostic and otherwise, Jews Reform and Conservative, Atheists, Occultists by interest or rite, and people who think he was right about the insights, just not where they came from. I know of at least one of almost every group currently rapt by this tome. If that doesn't say something about a fanbase, what does?

Hey guys, I know it might make your friends look at you weird, but reading the exegesis won't turn you religious against your will.

While I agree that two weeks is too soon for any significant, critical examination of the Exegesis, I do think it is worthwhile for people (like myself) to be commenting and discussing ideas from it as they read it. I am slowly working through the text as a religious scholar (my work is in comparative theology with an emphasis on Buddhist-Christian thought, something which ties to the Exegesis).

I am bringing out those elements I find helpful or illuminating from a Christian standpoint, realizing of course, there is much in the Exegesis which I miss out because of this. It is not that I find them uninteresting, or even unimportant, but rather, to engage them would take much more work than what I have time for in my blog writings. Nonetheless, I do hope what I do write will encourage others - even Christians - to explore the thought of PKD for themselves. The major problem I think many will have reading the Exegesis is that if they have not read the major works of PKD, they will feel lost. Someone should have produced a companion volume to go with the Exegesis to summarize his major works (I've read them all, but I expect, others will come without such a background).

The thing that I love about PKD (and by contrast, hate about most organised religions) is his appetite for piecing together from disparate sources to synthesize what he sees as the truth of the universe. I'm a sceptic and a rationalist but I'm still always curious to find out how Phil thought, say, Zoroastrianism, could fit into his theories. You don't have to believe in a particular religion to see that it might have hit upon some important idea. And PKD's open-minded attitude to these things is so refreshing in a world where the defensiveness of the religious and the increasing confidence of atheists seems to have made both groups as obstinate as ever.

I completely agree that however much one might desire to, "you cannot explain away Dick's enthusiasm for belief". Whereas one can look upon the beliefs of other writers who have found religion late in their life as the eccentricity of the artisic, reading the Exegesis you can tell that these ideas have always been core to not just PKD himself, but his books too. So many artists betray themselves, and dismiss their old works when they find new inspiration but I love the way Phil almost always stays faithful to his works. Even if he thought he could have written the earlier ones better, he always found meaning in their central concepts.

God is only a word. It's fashionable to say "the Universe" rather than "the Galaxy" these days.
The problem with PKD is not God as such but his brand of Christianity.
Famous works of "SF" such as Dune have God. But Dune's God works mainly through sociobiology and is therefore acceptable to the average gringo.

By the way, I actually agree with the bulk of this, and not only as a "fun metaphor": "time is an illusion; that the authorities are out to get us; that God can talk through cheesy television advertisements; and that, with the endless refractions of different media playing the same message back and forth, nothing is quite as it seems"
Maybe I read too much PKD as a kid.

I think Henry Karlson made an important observation when he wrote, "The major problem I think many will have reading the Exegesis is that if they have not read the major works of PKD, they will feel lost. Someone should have produced a companion volume to go with the Exegesis to summarize his major works (I've read them all, but I expect, others will come without such a background)."

However, I don't know who could produce such a volume competently and don't think the estate would approve it if someone did. Philip K. Dick, the author & person, and the "Philip K. Dick brand" seem increasingly divergent with the commercial value of his actual writings the only strong tie that keeps the brand from abandoning the man. Just one person's opinion.

I feel PKD laid out his concept of the Exegesis in Divine Invasion, in the idea of a holographic Bible + Torah, sort of like a colourful three-D tag cloud where any particular thread that is pulled realigns the cloud along an axis of scripture providing (theoretically) meaningful quotes.

I would not be remotely surprised to see PKD the science fiction writer forgotten in the centuries to come, but PKD the mystic and potential canonised saint remembered forever.

For the record, I did write and publish "PINK BEAM:A Philip K. Dick Companion" in 2007 (Lulu Press). It covers chronologically all PKD's novels and short stories and there is lots of speculation on PKD'a 'pink beam' experiences. You can order a copy from Lulu.com

Thank you! I believe that you've just touched on one disturbing symptom of a really scary condition that we've been in for at least a century, as a culture. (Not that society didn't have frightening delusions before, but at least one is now allowed to ponder most of those in public, unlike this plague of quasirationality.)

Thats All truth, nothing to add, great article