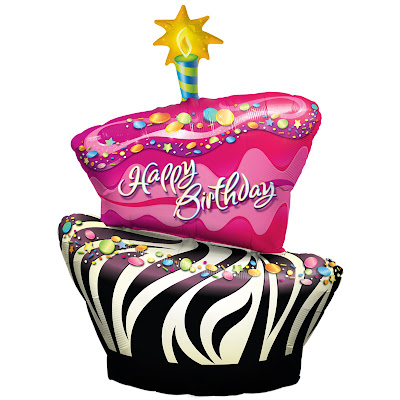 You read that right, compadres! TDH is five years old today. In a few more years perhaps the blog will be mature enough to get over the dick jokes, but anyhoo, it's been a fairly unqualified success.

Seriously, the coolest thing about the endeavor was being a part of the PKD scene and meeting so many cool people. Mr Hand over at Philip K Dick and Religion has become a great friend, and Patrick Clark and the Otaku folks are super-cool. Erik Davis and Lord Running Clam... I promised myself I wouldn't cry. It's also nice to see PhilipKDickFans.com up and running again. And Frolix-8 has consistently churned out awesome PKD content for ages. And now we have a festival page. Now we're on Facebook too, please 'like' us so we can look big time. It's nice to see more Dick on the Internet.

It's been a big five years for PKD too:

Published by Library of America
Briefly the subject of two dueling bio-pics
Back-handed compliments by The New Yorker
High Profile Profiles in LA Times, NY Times, Time Magazine, Newsweek...you name it
Cinematic adaptations including Next and Adjustment Bureau
A good adaptation of Radio Free Albemuth and talk of a Gondry-helmed Ubik
Publishing of 975 pages of Exegesis writings
(I was going to link all of these, but you're so good with The Google, you do it)

So it's been a fun time. For some reason I feel like the wave has crested, like the publishing of The Exegesis was Dick's high-water mark in pop-culture - actually I think it was a little before that. Maybe I'm wrong, and when Ubik comes out they'll fire up the Philip K Dick Article Generating Machine and churn out "Troubled Misfit Druggie Wondered What Was Real (And He Predicted Robots!)" articles by the dozen.

So, you probably want some links:

Miguel Conner has posted a cool interview with John Simon, director of Radio Free Albemuth (which we'll all have watched some day) over at Aeon Byte Gnostic Radio. Check it out.

There's short preview trailer that's been released in anticipation of the Full Trailer for the Total Recall remake:

It's got a dodgy chair - generally considered to be the kiss of death in PKD adaptations - those and hats.

Erik Davis, Ted Hand, and I will be presenting at this year's Esotericism Conference in sunny Davis, California on Friday, July 20. You can learn more here.

Forget Paul Giamatti as PKD, reader Mike Winder found this pic to convince all of us in the PKD group on Facebook that Jeff Bridges is PKD: 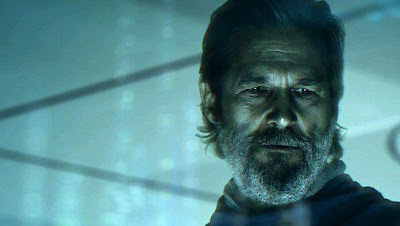 Happy Birthday to your great blog! I think PKD would have appreciated it and wish he was still around, writing stories.

Congratulations! Your blog is what got me back into the fandom on PKD after being out for several years. I was only reading philipkdick.com when it was updated until I found your blog one day a few years ago. I have read every post since and you have helped me become (and since) the web developer on the fan site. I don't want to brag on your day but I wanted you to know what the blog means to me and I'm sure others.

Congratulations indeed, my dear fellow. As my lifetime supply of Ubik prevents me from being consumed in the half-life of Facebook, I shall have to say that I 'like' TDH here.

There you are. And best wishes for the PKD-Fest. I shall be trying to pick up some latent protophason activity from it, here in the Beloved Brethren Moratorium (UK Branch).

Hear, Here, or there, their ;) Honestly, Mr. Gill, it's a fine blog and such a tribute to PKD. Sorry I've been scarce, but I can never stray too far from dear old PKD. Love your links (hope you liked the ones I gave you for the holidaze, in Otaku ;)
Happy Five Years and here's to your next five. (I swear it seems longer. maybe I was just dreaming of it in another Dickian dimension!)

awesome blog - long may it continue

David, no second Exegesis volume then, this fall?

Happy B-day! Your blog has been an excellent resource for my thesis on Dick. Thank you!!!