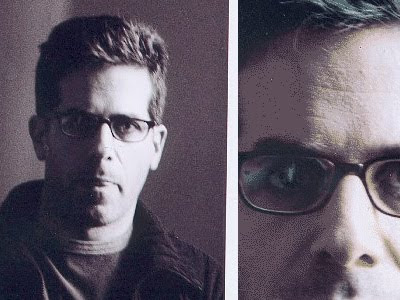 Jonathan Lethem has written an essay detailing his 'imaginary friendship' with Philip K Dick for an Italian collection of his writings on PKD. Lethem is allowing his fans to read the essay in English through his Facebook page (just scroll down to the announcement NEW LETHEM ESSAY ON PHILIP K DICK). I've had some difficulty accessing the essay, and in my experience it's best to use a browser other than Firefox to access it.

Of course it's a great piece of writing that covers a lot of territory, including Lethem's own evolving literary stature, and his good old days working with the PKD Society Newsletter. Lethem eventually gets to the topic of Dick's mental state, and perhaps I'm flattering myself, but I think he's talking about me a bit:

"Dick's defenders - other than me, I mean - often bristle at hearing him called 'crazy' or at the rehearsals of his human frailties, his drugs and divorces, which tend to accompany the laurels the larger culture keeps draping on his tomb. I've never understood the problem. Apart from the dopey emptiness of the question - was Melville crazy? Was Malcolm Lowery? Kafka? - I suppose I'm residually inclined to hear the term as a shred of beatnik exultation, "That's crazy man!" I'm still looking for crazy wherever I can find it."

Sure, given Lethem's take on the word, 'crazy' doesn't sound so bad. But, mental illness is not a concept Lethem can control the meaning of. Lethem seems to love people who relate to the world idiosyncratically, who march to the beat of their own drum, and of course saying 'he's crazy' is just a another way of saying 'he's relating to the world in his own unique way.' But mental illness isn't mere idiosyncracy, it's a deep, debilitating disconnect from others, something that prevents the kinds of tender, weird moments shared between freaks that Lethem seems to relish in the essay.

So sure man, Dick was crazy! But his accomplishments as a writer are a testament to his sanity.

Update: apparently you can download the .pdf file here.
Posted by Ragle Gumm at 9:24 AM

The page that Lethem links to from Facebook actually just embeds http://jonathanlethem.com/CrazyFriend.pdf -- you can just right-click and download that. :)

Look, anyone smart enough to get anything out of PKD's books is smart enough to make up their own mind about his mental status, and/or to what extent that even makes a fucking difference.

One other thought - Mr Lethem has made himself one of the more imporant personages in the PKD story, whether or not he ever got to meet him. It's actually a seemingly rare relationship in literature, given Mr. Lethem's own significant accomplishments.

In fact, interestingly it has been in the last three years, during his most high profile championing of PKD that Lethem's reputation has slid a bit, due to no fault of PKD's but Lethem's poorly received You Don't Love Me Yet. It's almost as if the two writers are locked in some kind of zero sum game for significance. (Come to think of it, this could make a good premise for a PKD novel, if you made the dead writer actually extradimensional, and the living one a part time robot cleaner or something, with a crazy wife who's trying to kill him.)

I agree that the word "crazy" is pejorative. It's a label that obscures and dismisses rather than illuminates. The borderline between real and unreal, paranoid and prescient, are exactly the themes that PKD explores.

I find it ironic that Lethem dismisses Radio Free Albemuth as a minor, uninteresting work and inexplicably chose not to include in the VALIS Library of American Volume.

To those who dismiss PKD as mentally ill, I always offer Radio Free as prima facie evidence of sanity - the fictional attempt to come to terms with his own visionary experiences.

In Radio Free, we encounter the essence of a lucid mind. In what I consider a brilliant tour-de-force, PKD casts himself as a "fictional character" whose skepticism of his "friend's" visions, resonates with humor and humanity. Even the Exegesis provides ample evidence of Phil's infinite questioning of the Valis hypothesis.


Just as with William Blake, we're certainly not dealing here with the garden variety schizophrenic.

PKD questions the voices and visions that haunted and obsessed him - He even questions his own sanity. In a lesser mind or lesser artist, the Valis experiences might have caused a permanent break from reality. PKD turned it into art - and art on a very high level of consciousness. Not the ravings of a crazy man.

Pete, I think that's an absolutely brilliant idea for a book. Reminds me a bit of that Pheobus K Dank book tho.

Phil dedicated his life and writings to concepts like compassion and authentic humanity. He is one of the most intelligent writers in the post-Freudian literature of his day dealing with questions about psychological notions and the unconscious. His genius and originality largely consisted in his ability to bring neurosis to light, and we all get the most information about this by introspection. You can't go there without brushing up against crazy. I think the people who are making the most noise about PKD's craziness may be protesting too much; they are certainly revealing their ignorance of the guy's biography and work.

Simon, VALIS has been published by the LoA: http://www.loa.org/volume.jsp?RequestID=305

Hugh, sorry if I didn't make myself clear.. Yes. Valis is in the Library of America VALIS and Later novels volume but not Radio Free Albemuth (aka Valisystem A). That was the point I was making. Lethem as editor chose to not include it with the Valis trilogy. And like I said, I would offer up Radio Free Albemuth as the best evidence of PKD's sanity and cogent literary skills even in the midst of the pink beam experience and Valis transmissions.

Hugh, Simon was talking about RFA not being included in the VALIS volume. I kinda agree, and even though it is typically considered a lesser work...I really like RFA, and am glad that it was picked over VALIS to be made into a movie. (Hopefully I won't be running from comments like that when it comes out!)

I respect Lethem for what he's done for PDKs stories...and I'm not even worried about his hyperbolical use of the word crazy, I'm certain I've used it in that way too. He's certainly not trying to say that Phil was clinically insane, or that he had a mental/psychological disorder of any kind.

Aren't we all a little crazy at times?

I'm still mighty peeved that Lethem didn't include RADIO FREE ALBEMUTH in the LoA Valis ombnibus. He could still have included A MAZE OF DEATH.

Aside from my disagreeing with Lethem's apparent dissatisfaction with the quality of RFA--I like it--it was an invaluable and possibly once in a lifetime--but now wasted--opportunity to pair the books together. How often do we see the output of a writer writing two completely different novels around the same set of ideas? (I'm not talking about sequels and such, but two different stabs at conveying a singular episode in the writer's life.) What a great way to see how a highly creative mind refashions the same material into two distinct artistic products.

I'll add that I'm reading Anne Dick's fascinating memoir of her life with and after PKD, and I'd have to characterize Phil, to the extent her portrait is accurate, as at least situationally crazy off and on over time. At best, I think he was deeply neurotic, paranoid and grandiose, yet intelligent and charming enough to mask it from his friends and loved ones when he wanted to. This deep neurosis, I think, became aggravated by a series of professional and emotional frustrations in his life, and then compounded and further exacerbated by his heavy use of drugs.

I will say that Anne herself comes off as somewhat highstrung; she admits to sometimes throwing dinner china during fights with Phil when they were married, "for emphasis," she says.

I recommend this book to everyone.