Stories From All Over 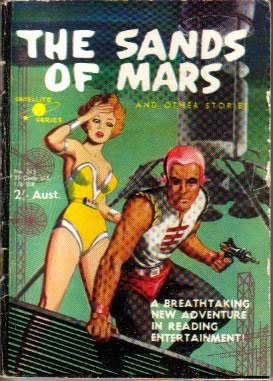 A couple links for you today as you start your weekend.

First off, looks like the Library of America is offering all three PKD volumes in an attractive case (actually, strike that, it's not that attractive, and it's kinda weird that the case looks so different from the individual covers). But whatever, if you have 70$ (and who does these days?) buy it here, so I can get a cut:

Second, io9.com has posted a pair of articles about Adjustment Team, now being filmed as 'The Adjustment Bureau' - which I actually think is a slightly better title. I can't remember the short story well enough, so I'll reread it today and maybe post a little about the adaptation. I have to say, this looks like it'll probably have a dodgy chair in it.

The first article features an interview with the movie's female lead, Emily Blunt, talking about the film's love story. She says:

"The term soulmates is used so casually, but in this case, in this film, it is true. They are sort of destined to be together and they fight fate to be together."

The second io9 article covers some casting news, namely that LOST's Daniel Dae Kim "will play a "mysterious staffer" at the Bureau of Adjustments"
Posted by Ragle Gumm at 10:02 AM

Labels: Adjustment Bureau, Adjustment Team, Library of America, Stories From All Over

The Adjustment Team is a good, tight, little story. I taught it to 8th graders for the first time last spring. It was a lot of fun to teach and to dissect the elements of the tale.

I think the adaptation of the story will contain very little from the original story except for the premise of the Adjustment Team universe. Sometimes, that's not a bad thing.

SOMETHING is rather odd about that The Philip K. Dick Collection case — viewed full-size on Amazon.com, it almost seems see-through. And the "D" in "Dick" appears to slip off the left-hand border. I wonder if that's because of sloppy superimposition, as opposed to a bona fide product shot that didn't have letters added to it afterward.

Then again, if anyone's collector edition books can be subject to such an odd happening, it'd be PKD.

Overall, I like the design, but some consistency in typefaces would've been nice!

I'm going to order this for my son, who has become a Junior Dickhead and is notorious for not returning books.