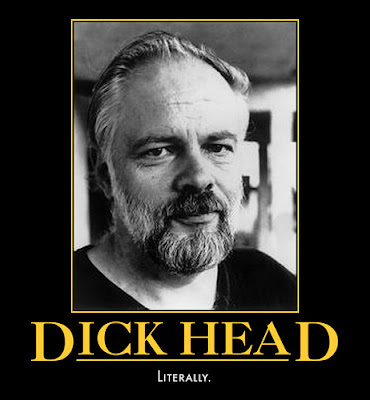 Everyone and their subsumed evil twin is compiling some list or other to mark the year and decade's end. We here at the Total Dick-Head humbly submit our own list: Top Ten PKD Moments of the Aughts:

10. Total Dick-Head Is Born: perhaps it's more than a tad egotistical to suggest this blog is in any way significant, but it's my blog and you're reading it - so there. 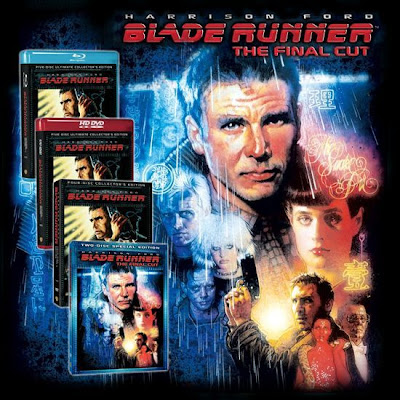 9. Blade Runner (Final Cut): Hollywood doesn't create so much as repackage these days, but we should feel quite lucky that Blade Runner finally got the box-set treatment it so richly deserved - with tons of extras like The Edge of Blade Runner documentary and the short doc about PKD. Plus, how much fun was it to watch this classic on the big screen? 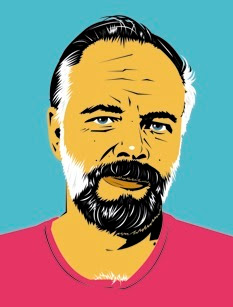 8. Dissed in the New Yorker: With Dick's newly found literary success came a slew of articles pondering his rising star, none quite as snobbish, effete, and misguided as Adam Gopnik's piece "Blows to the Empire" in the New Yorker. 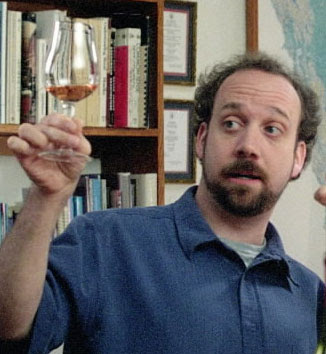 7. Sketchy Movie Details: during the whirlwind goodtimes of 2007 it seemed every other post on this blog was announcing a new movie deal or PKD adaptation in the works. At one point it seemed there would be two dueling bio-pics about PKD, one produced by Dick's daughters, produced by Paul Giamatti (who was slated to play Dick) called The Owl in Daylight, the other a low-budget independent initially titled Panasonic, but eventually released as Your Name Here, which subsequently dropped off the face of the earth. I recently asked the director Matthew Wilder when we might get a chance to see the film and he replied, "When Dakota Fanning looks like Phyllis Diller." But in the clear light of the late Aughties recession, many of these other adaptations have been shelved. Script problems and production company hangups have stalled Owl, and I fear The King of the Elves, Ubik, and others may meet similar fates. Halcyon Productions, who signed a first-look deal with the Estate is in the midst of filing for bankruptcy (or applying for TARP bailout funds, or hawking Terminator Salvation posters cheap). 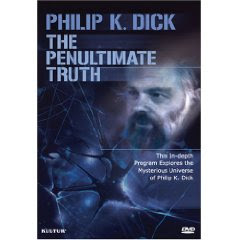 6. The Penultimate Truth: This Argentine documentary has tons of never-before-seen footage including clips from PKD's infamous Metz speech. Extensive interviews with Tim Powers, Kevin Jeter, Ray Nelson, and three of Dick's five wives make this video worth watching and owning. 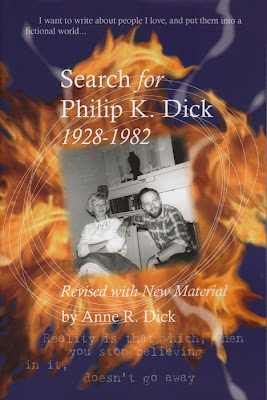 5. The Search for Philip K Dick Revised: For years Anne Dick's memoir/biography of PKD was impossible to find and/or hundreds of dollars. Now, thanks to the internet and Anne's tireless effort to self-publish, everyone can read this fascinating look at our favorite author. 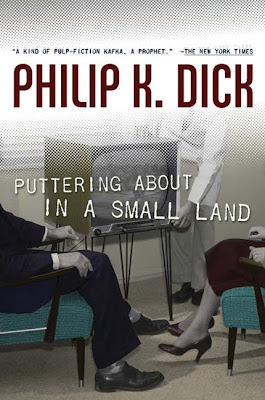 4. Mainstream Novels Published: In perhaps the greatest pyrrhic victory in publishing (an arena where all victories are pyrrhic) Dick's handfuls of mainstream novels written in the 50s and 60s were finally published by Tor in nice hardcover editions. If you ask me, Puttering About in a Small Land is the best of these. 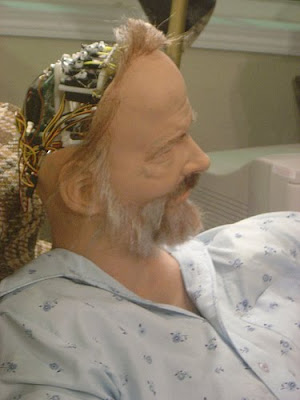 3. PKD Android Loses Head: If anybody needed additional evidence that Philip K Dick is scripting our world from beyond the grave for his own amusement, you need look no further than the strange story of Hansen Robotics and the Case of the Missing Head. 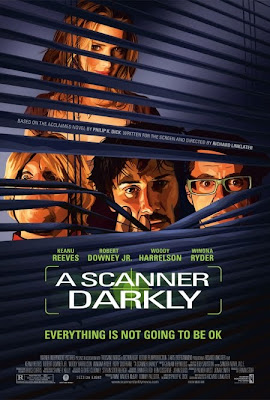 2. Scanner Darkly: The most faithful cinematic adaptation of a PKD novel yet, this effort, the first produced with hands-on input from Dick's daughters Laura and Isa, proved Dick's works don't need to be augmented with action sequences and CGI explosions to succeed. A great film, and one that I think will grow in popularity in the future - Linklater set the bar quite high for subsequent adaptations. 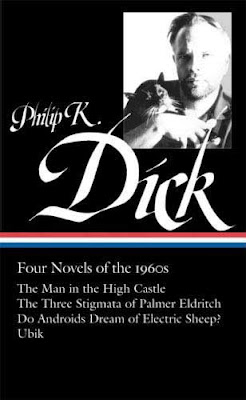 1. Inclusion in the Library of America: How fitting that in the decade when the world became the most like a Philip K Dick novel, Dick's work is finally getting the literary recognition it deserves. These three volumes from the prestigious publishing stamp help cement Dick's literary status, forever enshrined with great American writers like Mark Twain, Herman Melville, Harriet Beecher Stowe, and William Faulkner.

Did I miss anything? Chime in in the comments section.

Need a little hope going forward? OK, how about a Radio Free Albemuth adaptation hopefully hitting theaters in 2010, and Laurence Rickels forthcoming scholarly work on PKD: I Think I Am: Philip K Dick - due out in April of 2010? Should be a good year!
Posted by Ragle Gumm at 11:35 AM

Hah I'm glad you're still getting good mileage out of the Dick Head poster. ;)

Now, if only the PKD Collection from the Library of America was available on Kindle... !

meeting the author of this blog was my top PKD moment of the year. thanks for an awesome conversation and all your work on this project Dave!

Thanks for a great year of TDH blogging!I hope it continues long into the next decade.

For me, reading maze of death for the first time with other people on this blog was quite cool

Thanks keep up the good work

Your blog keeps getting better and better! Your older articles are not as good as newer ones you have a lot more creativity and originality now keep it up!

Just watched PENULTIMATE TRUTH documentary last night and I have to say it shed new light on much of Dick's life and clarified a few details in my mind.

Overall, the impression I was left with was that Phil was a lost soul. If I had been his friend while he was alive I think I would've really felt a need to help him get his life back on track.

At the end, when his friend Joan was recounting his speech in France about alternate realities and remembering future events, etc. I would have to agree with her that it was sad. A great mind had veered off course and would never return home.

Perhaps, as Jeter suggests near the end, the Transmigration of Timothy Archer is a sign of hope that PKD really did realize that he had gone too far with some of his theories and eventually returned to reality/sanity before he died. I really hope so.

I also found it fascinating that during the period of time when PKD was taking amphetamines to write 24/7 and avoid sleeping for days/weeks at a time - it was when he was writing his mainstream novels - NOT the more psychedlic/reality-bending sci-fi stories.

Of course, this was also when he started to see faces in the sky and threatened his wife with a gun. So, the negative affects were very real.

The other thought I had after watching it was a profound sadness that Phil never lived to see the future we're living in now. iPhones, Google, the internet, nanotechnology, etc. - all of it would have delighted and astounded him. If only he could've held on a few more years, there's no telling what new stories he would have told.

I love the PKD Documentary - Last year I taught four short stories by PKD to my 8th graders during a Science Fiction unit. They loved Minority Report, The Adjustment Team, and The Electric Ant. They did not like We Can Remember It for You Wholesale. This year, I will add one more story from the canon. Hopefully, next year the school will purchase Time Out of Joint. Keep up the great work for the rest of us!

That documentary was the last interview my husband, Paul Williams had about his old friend Phil. I'm glad Paul was in relatively good shape when the producers came to town. Paul now lives in a nursing home and has fallen into form of dementia where he knows his family/friends but doesn't know where he is. He still loves Phil and fielding questions about him. -cindy lee berryhill

Hi Cindy,
Please send Paul our best wishes. Dick's rise (!) in the literary world would not have been possible without Paul's interest.