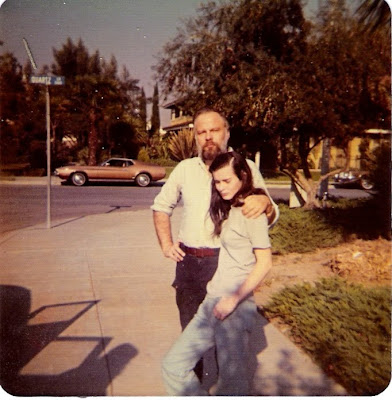 Between late night diaper changes and the first week of a demanding new semester teaching second-year literature, I'm just barely maintaining. And of course I'm really falling behind here on the blog. So here, in digest fashion, are some of the stories flowing through our great series of tubes.

1) Do Androids Dream of Electric Sheep the Prequel. The comic-centered and PKD knowledgeable blog, nutintheshell, has the details:

A science-fiction publishing event! Who hunted androids before Rick Deckard? Taking place immediately after World War Terminus ends, the problems with artificial life -- androids -- become apparent. The government decides they must become targets, hunted down, but who will do the dirty work? Two men are assigned: Malcolm Reed, a "special" human with the power to feel others' emotions, and Charlie Victor, who's the perfect man for the job -- or is he? Meanwhile Samantha Wu, a Stanford biologist, fights to save the last of the world's animals. John W. Campbell Memorial Award-nominee Chris Roberson writes the prequel to John W. Campbell Memorial Award-winner Philip K. Dick's Do Androids Dream of Electric Sheep?, one of the greatest science fiction novels ever published!

Yeah, but will it have Jar Jar Binks in it?! 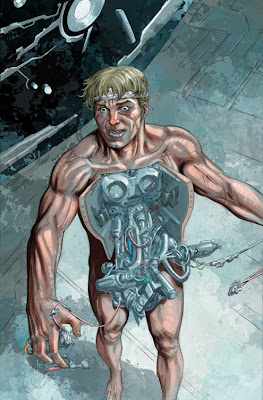 2) The Electric Ant comic book. Is it out yet? I'm not a huge comic book fan, but I'd like to hear the opinions of some in the comments section...

3) I've saved the best for last: LA freelance writer Scott Timberg, has written a pretty extensive series of articles on PKD for the LA Times and his blog. Scott and I talked a lot during the writing of the article, and I'm impressed by his work (and not just because he quoted me a few times). Here's a link to Scott's main article for the LAT. Then Scott wrote more extensively in subsequent posts. Links to parts one and two here. The rare pic of PKD and Tessa posted at the top appeared on Scott's blog; I don't think I've seen it before.

4) Scott also has ins over at io9.com and recently posted an interview with Radio Free Albemuth director John Simon, and talked about his sneak peek at the film...
Posted by Ragle Gumm at 10:31 AM

The Electric Ant comic book comes out in April according to the press release.