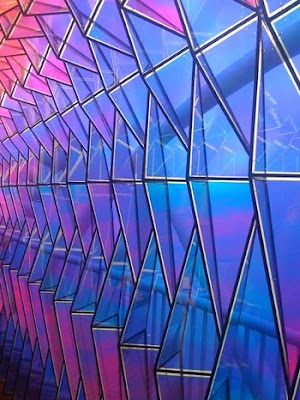 You probably thought I had forgotten about John Fairchild's summation of the final volume of PKD's letters, but you're wrong. I almost forgot about it. The rest of the paper will posted shortly, promise. Anyway, John's just getting warmed up!:

At the time of the main visions, 1974, an intelligent, educated person had been told there are four dimensions, three spatial dimensions and the fourth dimension is time. It seems that the math didn’t work out right with time as the fourth dimension. So when Phil went out of his way to say there are four spatial dimensions, that’s what he was addressing. Since humans are three-dimensional and see in 2d, it would be very difficult for a person to grasp what they are seeing in a four-dimension world. Phil was attempting to figure out what he was seeing two dimensions beyond what he normally saw.

One of the things he saw he labeled phylogons. This is Phil’s term for the Forms of the macrometasomakosmos that get morphologically arranged conceptually. The phylogons are permanent and accrete new layers. The phenomenal flux world, the world we normally see, is being converted into a conceptually arranged structure, being accreted into the macrometasomakosmos, laminating down in successive waves. Phil’s term for what gets accreted is ontogons. These are non-permanent.

“The billions of phylogons are crosslinked to form a unitary reality which is Pythagoras’ kosmos, ‘the harmonious fitting-together of the beautiful,’ a vast structure that is sentient, that assimilates its environment selectively, using the … universe as a supply of parts.” (p.13)

Reality is not arranged spatiotemporally but conceptually. “I believe that they are conceptually arranged; that is, in terms of meaning. They have the same necessary relationship to one another that logical truths or mathematical propositions have to one another.” (p.116) Reality is continuously re-formed and re-arranged to produce information, which is then processed by the macrometasomakosmos. “VALIS literally thinks our spatiotemporal world.” (p.52) The universe is an information retrieval system. (p.266)