Words and pictures by Umberto Rossi: 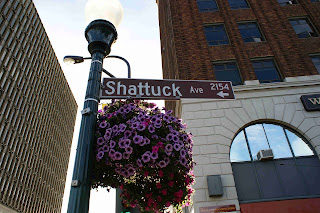 Let me tell you all that my notions about the geography of the Bay Area were awfully foggy. I didn't even know that SFSU and Berkeley were two quite different places. However, while I was waiting for rescue (a bold team made up by Ted Hand and Dave Gill) I took a picture of this street sign because it sounded distinctly Dickian. Yet I could not recall what role this Shattuck Avenue played in Dick's world. I did need some anamnesis then, but it wasn't coming! 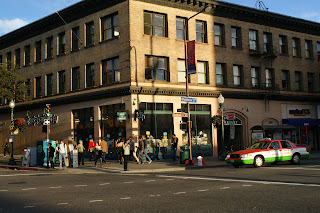 Thanks to Dave and Ted anamnesis came: and there, on the other side of the avenue, I saw--well, not the light, but surely the Shop. The repair shop where Hollis' repairmen were busy fighting against Jory and the forces of evil (or is it entropy?). Now they sell role games there, but hey, aren't games PKD stuff? Where Will The Little Green Man Be Next, Bluff, etc.? Though the Game-Players from Titan weren't there, I knew I was in Philip K. Dick territory. 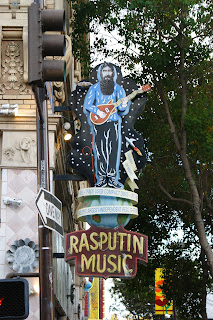 Records are such a powerful Dickian topic. It seems our pal Phil thought some media were less evil than others, maybe even intrinsically good. Radio, ok. TV, bad. Newspapers, bad. Vinyl, good! Let's not forget that in a happy season of his life he was a music buff and vinyl collector who worked in a records shop: isn't this a form of small-scale utopia? And this is where he discovered Beethoven and Bach, not to mention Dowland. Flow our tears, the Dickhead said. 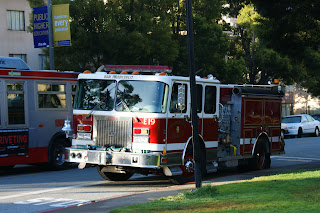 There are firefighters everywhere, of course, also in Italy, but--US firefighters are something special. No, it's got nothing to do with Phil, it's more a matter of Ray Bradbury and Fahrenheit 451, and book-burning firemen. However, this pumper parked near the building where I slept fascinated me. Now I realize that this very ordinary fire engine has something so deeply American in it, something that makes me think of Ragle Gumm and his nameless small town. Maybe it's part of a layout where Verne Haskell is busy reproducing Woodland, his town. 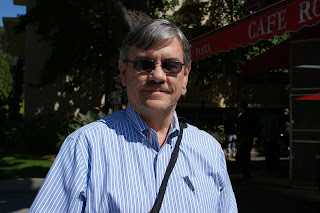 Ok, but the PKD fest was not just places--and what places!--it was above all people. Names printed on the cover on a book which suddenly turned into real people you could talk to. And here we have the biographer extraordinnaire, Mr Gregg Rickman, and supreme interviewer. I am still waiting for the second volume of his bio, and I can't believe it will remain forever on his PC. Even Brian Wilson managed to release Smile, after all. C'mon, Gregg, we've been waiting for it for so long and all this time has passed us by--it doesn't seem to matter now... (thank you, Peter Gabriel!) 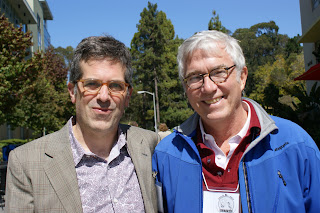 Can one think of a PKD fest without Jonathan Lethem? No, definitely not. But the presence of Rudy Rucker was unexpected. Let's call it a bonus. However, let's get accustomed to the idea that PKD Festivals will grow. There's no way to avoid it. I know someone doesn't like the idea, but hey, it was to be expected. Phil has got so many friends all around the world--can you tell them "stay at home"? I foresee a bigger fest in Southern California, and just try to imagine what will happen in 2018... 90th anniversary! (Well, I'm looking forward to the 2028 event... in Washington? A Million Dickheads March? Why not!) 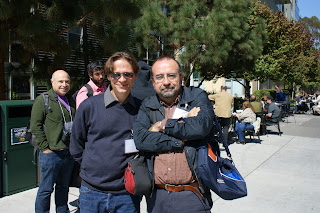 Let's say these are the ghost of the last fest and the ghost of the next one! Well before the Fort Morgan event there was the now legendary Macerata conference in 2000... (there are also two events in the UK, but I leave comments about those to people who were there) I was one of the organizers in Macerata, and I will be in Dortmund with Stefan Schlensag and many others--let's say the EU branch of the PKD Church. The history of PKDom abroad goes on and on and on... 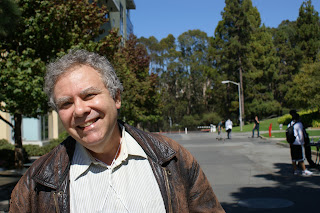 How could I ignore the Famous Director? John Alan Simon will, I hope, also direct the movie version of Time Out of Joint and Flow My Tears, The Policeman Said. In the meantime, we're waiting for the release of his ALBEMUTH dvd (or blue-ray). Or for the mystical apparition of his movie in cinema theatres all over the world. If he wins at Cannes (Academy Awards are unlikely) we will be there to clap our hands, on the side of the red carpet. 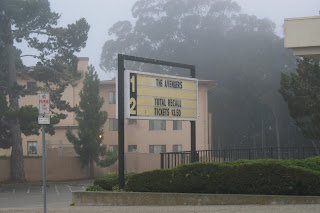 I wonder just how powerful is Dave Gill. Has anyone noticed that the movie theater nearby was showing Total Recall while we were busy talking about our pal Phil? He surely managed to have that film in this theatre. 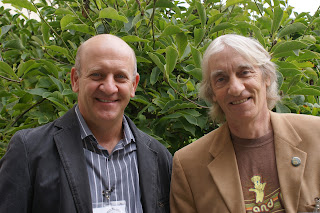 Where does the borderline between scholarship and fandom lies? I don't know, I don't really give a damn. I only know that Lord Runnig Clam and Monsieur Henri Wintz, the mighty bibliographers, gave us PKD scholars such a powerful tool to investigate Dick's oeuvre... it will be on my desktop (physical, not digital) in the next years, helping me not to get lost among paperbacks, hardbacks, reprints, translations, etc. besides, they are such nice people! 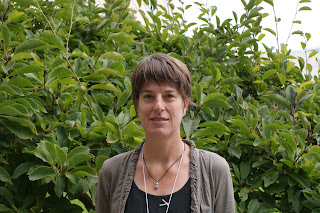 The young scholar who gave us the Exegesis. Pamela Jackson, folks! Surely, like the Fairie Queen, she had a team of valiant knights to tackle the Monster, but it was quite a fight nonetheless, and the Exegesis panel managed to convey an impressive picture of the onslaught. However, PKD scholars everywhere can only be grateful to her for having managed the publication of this juggernaut of a book. 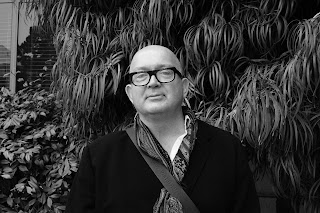 I can only think of Laurence Rickels, accomplished German cinema scholar and international academician, in black and white terms... echoes of Murnau, Lang and Pabst in the background. His presentation on the German integration simply amazed me. The apparition of Wernher Von Braun in a Disney documentary was something directly out of The Man in the High Castle and Gravity's Rainbow. One of the highlights of the festival, no doubt. 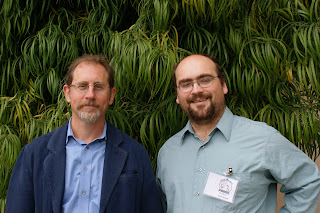 They say I'm a PKD scholar--hah! I'm just a part-time critic who struggles with novels greater than him, or a dwarf on the shoulders of giants. (A dwarf, mind you, not the Dwarf, that evil creature which rules the land of Mordor, whose capital is the seven-hilled Babylonian Meretrix...) But these are the real PKD scholars, folks! Erik Davis and Ted Hand, with their theological panel, really enlightened me. Moreover, Ted reascued me on Shattuck Avenue, where I might have remained stranded till PKD come... 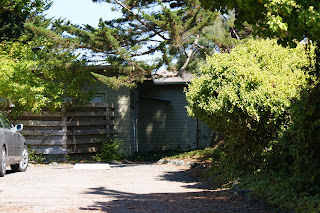 Well, this is a detail of a house that isn't easy to photograph, for a complex series of complicated reasons. Let me just tell you that it's in Point Reyes Station, and that it didn't look the way I'd pictured it while reading Dick's stuff and Sutin and Rickman, but hey, does that really matter? Now it's branded on my memory, and I won't forget it. (On the other hand, the Marin County landscape, though much less bleak than Phil depicted it, is something I had somewhat imagined...) 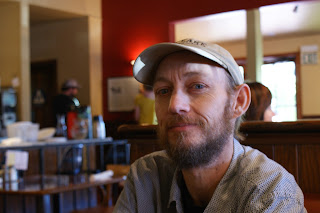 And here is the mastermind of the event, Dr Gill hisself. How can I thank him? I can't, so let'd move to other issues. Such as the excellent food served in this restaurant, and the wealth of anecdotes on PKDom that he provided us with. Will Dave one day write the ultimate PKD biography? I am sure he has the chops to do it, because he is also a swell writer. Time will tell us. Joyce and Wilde had Ellmann, Phil might have Gill. I really hope so.
Posted by Ragle Gumm at 2:54 PM

I'm convinced that Dave has at least a couple PKD books in him.

Well done Dave, you did it, you pulled off a major success. Cograts.