Courtesy of The Onion 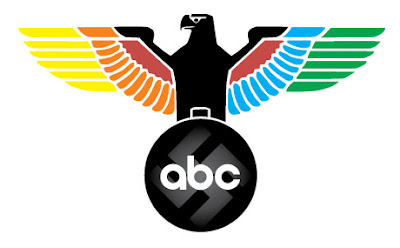 NEW MUNICH—The new Sci-Fi Channel series Fallen Axis, which eerily depicts a world in which Germany actually lost the Second World War, premiered Tuesday evening to high ratings in an alternate universe to our own.

Labels: Satire, The Man in the High Castle, The Onion

I'm waiting for all of the irate comments from people who don't know what The Onion is.

I have problems trying to run Infocom games on Windows XP but I remember the Onion!

Vaguely serious, I wonder what PKD would have thought of such games. I think Zork and a couple others might even be from during his lifetime though I don't think Beyond Zork would have.

OTOH, I don't have a firm enough opinion about after death to be certain he doesn't currently retain the unique identity we are refering to as PKD and have an opinion on Beyond Zork. Of course this has set me off thinking about our conventional time concept, the eternal now and whatever other dimensions/varieties of time exist and wondering how they intersect. An appropriate site for that.

Many institutions limit access to their online information. Making this information available will be an asset to all.