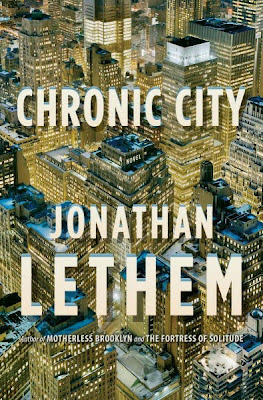 There's a must-read interview of Lethem up over at h+ magazine conducted by none 0ther than TDH friend Erik Davis! It's a meaty interview, knife and fork kind of stuff. Here's a taste:

ED: Dick set many of his tales in what we might now call a “posthuman” future of cognitive-enhancing drugs, psi powers, and other amplifications of human capacity. Many of the developments he envisioned in his own unique way are now edging ever closer to reality, and there are many enthusiasts. While not exactly bleak, Dick had a generally more dark and satiric — and often funny — take on cognitive enhancement. Was he a pessimist or a realist? How would you characterize his particularly lesson about human for today‘s enthusiastic transhumans?

JL: While I‘m hardly an expert on the reality of cognitive enhancement or the transhuman impulse as it‘s working itself out on the contemporary frontier, I suspect Dick had little to offer in the way of a “lesson” for aspirants, except in the senses that were relevant while he was coming of age as a writer — that‘s to say, when the breaking news in the framing of such matters involved names like Freud, Kinsey, Norbert Weiner and, well, A.E. Van Vogt. Dick‘s concerns were ultimately both epistemological and deeply moral — in the sense that a philosopher would use the world moral, not in the sense that, say, Joseph L. Breen would. You know, love, empathy, “what is human?” and so forth. For contemporary voyagers, these matters remain as Dick delineated them: exquisitely local, negotiated on the human-to-human, or human-to-self playing field according to an infinite number of variations and contexts. No sweeping paradigms will do here. We‘re all walking down the street conducting our self-Turing exams every time we pass a homeless person, or greet our spouse at the breakfast table.