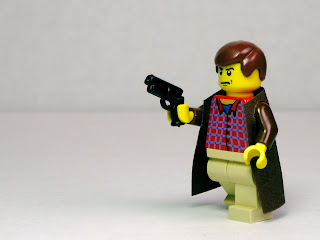 Rumors circulated amongst the intertoobz today that Blade Runner screenwriter Hampton Fancher is in talks to write a Blade Runner sequel to be directed by Ridley Scott. I know, my knees just buckled a little bit, too. Don't get your heart set on this - you know Hollywood.

Here's the quote: "The three-time Oscar-nominated Scott and his “Blade Runner” collaborator Fancher originally conceived of their 1982 classic as the first in a series of films incorporating the themes and characters featured in Philip K. Dick‘s groundbreaking novel “Do Androids Dream of Electric Sheep?“, from which “Blade Runner” was adapted. Circumstances, however, took Scott into other directions and the project never advanced."

Put that in your Voight Kampf and test it!