Now Read About Last Year, Then Purchase and Read My Fiction! 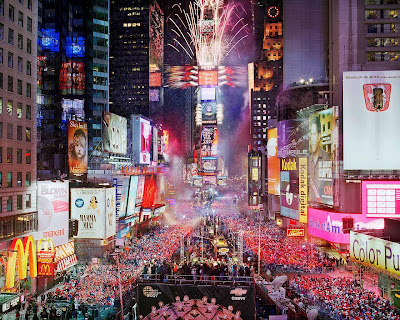 Happy New Year, gentle readers! 2012 was quite a ride for this humble blogger. Philip K Dick Festival, done and accomplished, a roaring success -- a success which still nourishes me during this cold and dark winter. Such memories: I gave Jonathan Lethem a ride in my car. Umberto Rossi and Laurence Rickels rode in that car too! Watching Radio Free Albemuth with 120 Dick-heads! These aren't sentences, mostly because no mere arrangement of words can capture how great it was.

Was there any other Dick news in 2012? Lawsuits, adaptations and rumors of adaptations, down websites, the rise of the Facebook PKD group, Precious Artifacts!, two issues of PKD Otaku!.

Now, what do we have to look forward to in 2013? Well it's the year when Linklater's version of A Scanner Darkly is set. Will a quarter of the population get hooked on Substance D (otherwise known as Fox News)? Perhaps. Will we see a theatrical release or Netflix appearance of Radio Free Albemuth? Stay tuned to find out. 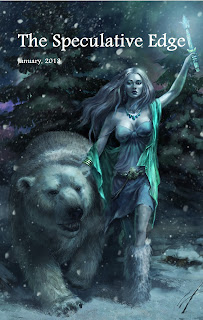 2013 is starting out on a high note for me personally, with not one, but two science fiction stories out today. My story "Escape Velocity" is in issue six of Speculative Edge which is available in both Kindle and print editions. 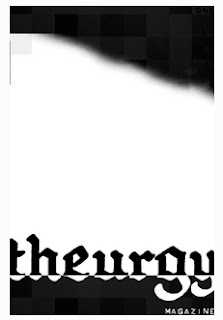 And I've got another story, "Bedroom Eyes" appearing in issue one of Theurgy Magazine. That one you can read online (here), and if you like it, you should probably order a hard copy (here). The cool thing is my co-editor at Pravic, Nathaniel K Miller also got a story placed in Theurgy, so they've obviously have good taste. Speaking of which, you have issue one of Pravic, right? Well stay tuned, issue number two is imminent.

In terms of Dick stuff, I've got Erik Davis' write up from Dortmund to run in the next couple days. Radio Free Albemuth at the Philip K Dick Film Festival! Reading Nick and the Glimmung with my seven-year-old. Sentence fragments, again! Time to go.

great blog - any idea of when the radio free albemuth movie will finally be out. Just finished reading the book - hopefull...

Great year you had!
What did you think of the new Total Recall film? I quite enjoyed it, kinda Bladerunner ish.