I had a former student and Dick-head reader ask me recently if Philip K Dick ever offered any advice on writing. At first I drew a blank. Dick is not especially appreciated for his craft, but I remembered a letter that he wrote to an aspiring science fiction writer named Sandra Miesel (sorry I can't provide the date, I'm away from my PKD collection. I think it's in one of the final volumes, if anyone can find it, and scan the entire letter for us that'd be great). Dick's advice is to avoid flowery, purple prose.  Here's the part I quote for my students in the course reader:

"A citizen runs to the fire department yelling that he's spotted a roaring blaze from his car.
'Where is it?' the fire department asks, pen ready.
'It rises like some brooding, glaring trail of cosmic fury from..'
"WHERE? WHERE?"
"Oh. Well, it blazes up from a crimson-sheathed visage brooding darkly over haunted towers of impudent indignity, which, like melons hovering unhappily over the lifetime of empty meaning, which..."
'THE ADDRESS!'
'Oh. Oh I didn't notice. But look for a brooding, glaring trail of cosmic fury rising from a crimson-sheathed visage...'
They lead him off, back to his car, and send him on."

Dick makes his point implicitly by creating a scenario in which the listener desperately needs information, which is obfuscated by the purple prose. Obviously, Dick sees his readers like members of the fire department: clearly interested in what's happening, rather than the prose used to describe it. I think this is good writing advice for any genre, but particularly science fiction, where the focus is rarely on the prose style (William Gibson and Samuel Delaney are excused from this generalization). "Melons hovering..." Seems like another one of Dick's patented breast references™I'm gonna write a post on that soon.
The other piece of writing advice just recently surfaced thanks to the gumshoe work of Randall Radin who located a letter Dick wrote to Ron Goulart in 1965. If memory serves, it was one of the few things he wrote that year, a nadir in Dick's personal life, as he had just left Anne and relocated to East Gak-Ville from beautiful Point Reyes.

The letter offers what amounts to Dick's "formula" for novel writing. As he explains in the letter's final paragraph: "I an not saying this is how to write a book.
I've met many Dick fans who refuse to accept that Dick used any kind of formula when writing his novels. They prefer to imagine Dick as John Coltrane, improvising a plot by the seat of his pants. But once you read through this letter you will be able to spot this formula (which is very detailed) in almost any of his books. One of my favorite rules in the formula is that the low status character introduced in the first chapter has to have a single syllable last name. "Al Glunch" is the name Dick offers, writing, "or some other unlikely, short type name. What in reality the phone book is full of ...and for good reason; this is the other half


If you want to read a really good book on writing, you just have to check out Ursula LeGuin's book Steering the Craft. It's fantastic. Did you know that Dick's Flow My Tears, the Policeman Said beat LeGuin's The Dispossessed for the John W Campbell award in 1975? I know we're all Dick fans here, but I hope we can agree that LeGuin was robbed. 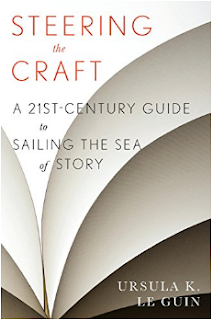 Ok, now I really want to plot out a novel using this formula. Who's with me. Here's the formula in its entirety (though we don't know whether there was ever a cover page for this letter): 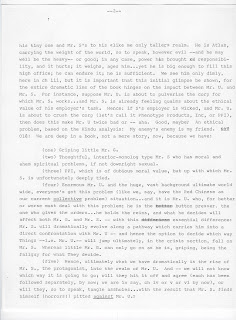 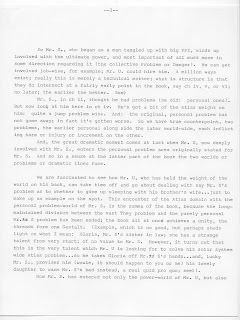 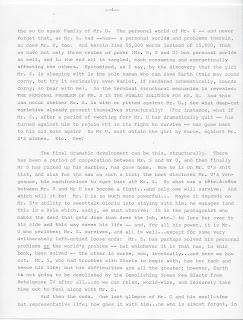 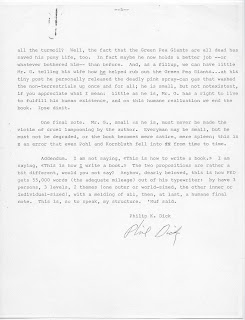 Wow, this is great, thanks so much.

Love to see this letter!! Thanks