Ursula and Phil: A Tale of Two Berkeleys

I recently learned the house in Berkeley where Ursula Le Guin grew up is on the market. I also discovered it's basically the most beautiful house I've ever seen. If you've got four million sitting around, I suggest you snatch this property up. I mean, seriously, check out these digs (more pics at the link): 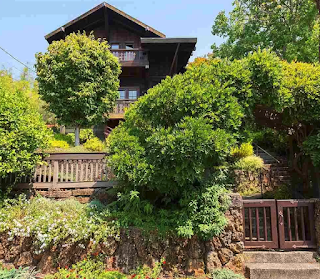 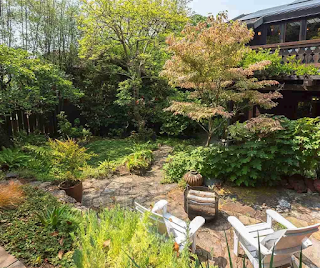 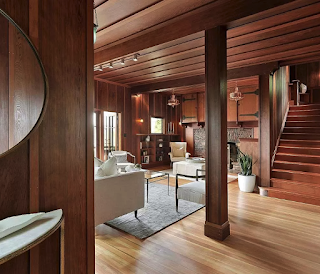 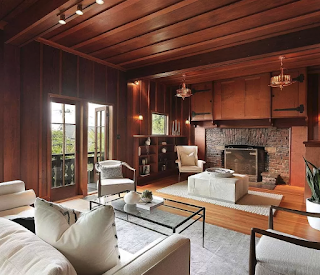 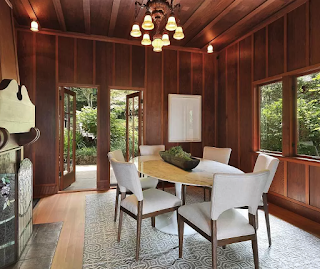 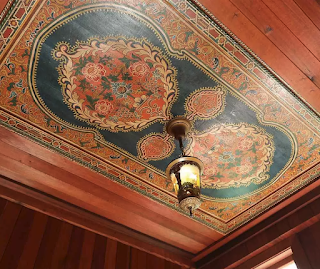 Le Guin grew up in the house with her famous anthropologist parents, A.L. Kroeber who helped form the anthropology department at Cal Berkeley after receiving the very first PhD in Anthropology awarded from Columbia University, and his second wife, Ursula's mom, Theodora Kracaw Brown, one of his students.

Seeing this house for the first time, I was struck by the very different Berkeleys that Phil and Ursula inhabited at precisely the same moment in history. I guess I always imagined Le Guin's family was slightly offbeat, eccentric, and bohemian. I didn't imagine them as materially wealthy or as particularly prominent in the community. But then I seem to perpetually be encountering my own naivety.

While I think it's wrong to equate this four million dollar house with a kind of Daddy Warbucks-level of childhood affluence, I think it's really interesting to compare Le Guin and Dick's homes while they were both attending Berkeley high in the mid-40s.

Phil and his mother lived in a much more modest bungalow a little less than two miles down from Ursula. Both Le Guin and Dick's families worked on the UC Campus, Kroeber as a respected prof, and Phil's mom Dorothy as a clerk for the forestry service on campus. 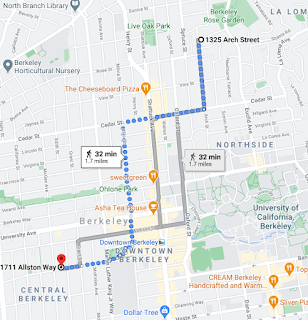 Dick's house at 1711 Allston Way is down in the flatter part of Berkeley, down from the hills where Le Guin lived in sight of the bay. The 1.7 mile distance is both geographical and economic. 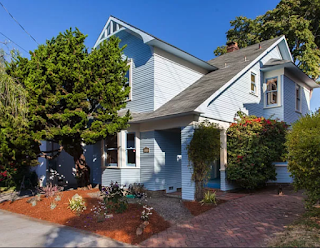 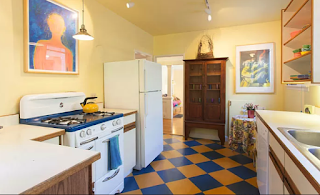 The point of this post is not some Marxist class analysis of these two writers and their place in the class struggle of dialectical materialism, but isn't weird that this dimension is a bit hard to escape once it's been illuminated in full color real estate pics?
What's interesting here is how different these two writers' lives were, even as they seemed to emerge from a single point in history, both graduating Berkeley High in 1947. But while Dick was raised by a frail single mother, suffering a painful kidney condition, and struggling as a member of the working class, Le Guin was nurtured in comparative safety and luxury.
Their trajectories seem set at the end of high school. Le Guin, who'd been skipped ahead a grade, was off to Radcliffe College, the all-woman's counterpart to Harvard, and she would graduate with honors in just four years, then go on to work on a Masters at Columbia and win a Fulbright Scholarship to study in France. I would guess that even in high school, Le Guin was already well-traveled, and the family often hosted famous friends, including Robert Oppenheimer, father of the atomic bomb.
Dick eked out a living working in record and tv appliance stores, attending Cal Berkeley sporadically before dropping out. Dick lived with the fringiest of Berkeley beats, homosexual poets Robert Duncan and Jack Spicer. Phil, after meeting his wife Kleo, did some road tripping around the west coast, but nothing to compare to Le Guin's academic galavanting.
I think Phil would be extremely proud to be remembered as a working class writer.  I also think he secretly yearned for the kind of academic acculturation that Le Guin grew up in. Le Guin had an endless stream of visiting scholars and thinkers, and Dick had his Encyclopedia Brittanica. And that's kind of obvious when you look back at their work, in really kind of beautiful and cool ways.
I think ultimately Le Guin will be seen as the more influential writer of the two. Don't @ me. But one of the things I like about Phil Dick is his humble origin story, the very same humble beginning that likely provided much of the temptation to leave Kleo and take up residence as a "country squire" in Point Reyes with Anne. The difficulty of Dick's life has its own influence in his work, just as Le Guin's resources (and the sexual discrimination she endured) bear their mark in her oeuvre. Dick's got an 'irv.'
I'm glad that Phil and Ursula were friends. I wish they could've hung out. It would have done Phil a world of good, I think. But isn't it also interesting that their friendship was challenged by the very real spiritual divide in Berkeley? Dick's mysticism confused and challenged Le Guin's ingrained skepticism. Le Guin's skepticism undercut Dick's mystical experiences. You can still see this in Berkeley, where astrology and astronomy regard each other dubiously while picking up their weed at the local marijuana dispensary.
Link: Cool Open Culture article "When Ursula K. Le Guin & Philip K. Dick Went to High School Together"
UPDATE: The esteemed Frank Hollander takes issue with the label "working class writer" and perhaps rightly so. Both of Dick's parents had some college education, and certainly that route was open to Phil if he could've overcome his agoraphobia, or reassembled the rifle in ROTC, or whatever it was that caused him to drop out. While I was picturing Phil and Kleo as the ultimate Berkeley working class couple (and they were poor, with a dirt floor and rats and everything). But Kleo's dad was a doctor and without Phil, she was probably pretty upwardly mobile.

So it's probably more accurate to describe PKD as a middle-class writer who struggled to maintain his place in the lower echelon of the middle class.

Regardless, Le Guin's upbringing would've seemed pretty alien to PKD, was my point.
Posted by Ragle Gumm at 10:34 PM

The kitchen as a whiff of Giverny. http://www.thefrenchlife.org/2018/05/04/monets-kitchen-dining-room/

I love this article. Thank you!

Phil as a working class writer is how he seems to me. As a working class reader he strikes a chord with me. His stories were mostly about living in a capitalist world where people worked crappy, low-paid jobs. I think his early novels are the ones that turn on his fans. HIGH CASTLE or THE MAN WHO JAPED and similar probably created more fans than VALIS.

I'm aware that Phil and Ursula respected each other's work, but I'm not aware they were friends, as such. What was the known extent and nature of their acquaintanceship?

Robert Cook, while they never met, they corresponded extensively in the 1970s. Ursula made a comment about Phil "quietly going crazy in California" which got back to PKD and hurt him deeply. Ursula in letters called on PKD to improve the treatment of women in his fiction. When PKD finished Timothy Archer he wrote immediately to Ursula to talk about the success of his Angel character.