Do Androids Dream of Electric Sheep? to Become a Comic Book Series 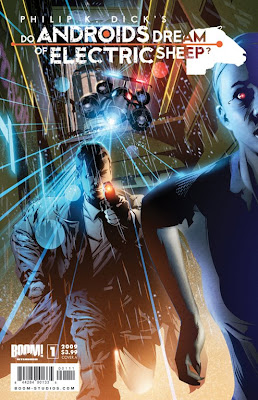 Boom Studios announced today that it plans to publish a 24-issue comic book adaptation of Do Androids Dream of Electric Sheep?. Remember, Dick's trust authorized an adaptation of "The Electric Ant" last year, and this looks like another pretty good move, hopefully exposing the novel to another set of fans. One thing that I like about the project is that they plan to a complete adaption, totally faithful to Dick's original, even using his original text.

I'm not a huge comic fan, but the illustrations look good, and my guess is, this won't hurt Dick's burgeoning literary reputation. This article over at MajorSpoilers.com quotes Dick's daughters Laura and Isa as saying:

“We are thrilled that DO ANDROIDS DREAM OF ELECTRIC SHEEP? is being adapted for this audience by such a talented team. We’ve been incredibly impressed with BOOM!’s ability to create such a faithful interpretation of the original work without sacrificing their own original instincts and artistic sensibilities,” said Laura Leslie and Isa Dick Hackett of Electric Shepherd Productions. “Through this medium, readers will now have visual access to parts of the novel not explored in the film adaptation BLADE RUNNER.”

Warren Ellis is set to provide "backmatter" for the novel to appear in the first issue. That's the only red flag. Ellis, who probably doesn't deserve the bashing I gave him in this post awhile ago, nevertheless rubs me the wrong way. Remember he wrote one of those old, backhanded-compliment "PKD was a brilliant nut-case" articles we all had to wade through when Dick had his literary coming out party with the release of his first volume from the Library of America. 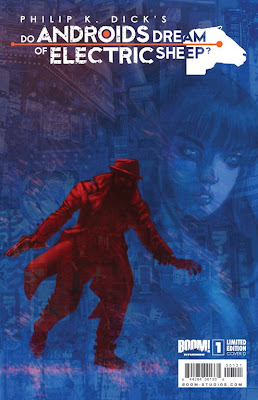 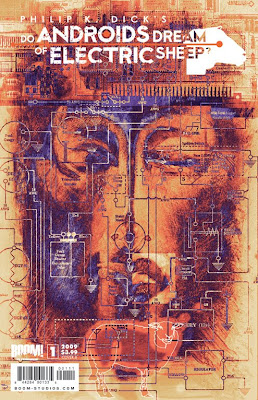 Those covers look better than these: 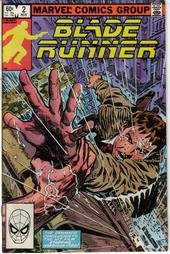 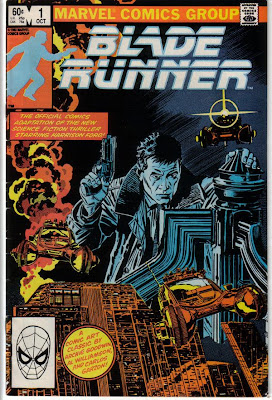 Now I have to go to the comic store. Smells in there.

I think you're being overly hasty to condemn Warren Ellis here. Sure, the guy had an interpretation of Phil that you didn't like, but the fact is that he's a pretty great comic writer, undoubtedly one of the best in the business, and will add visibility to this project in the comic world. That's a good thing.

And seriously, he's such a great writer. Don't miss out on the wealth of other awesome stuff he's done just because you didn't like his one essay about Philip K. Dick. That would be a real shame.

Based solely on the covers reproduced here, it seems the artist has chosen to adopt the noir-ish BLADE RUNNER visual motifs of a trench-coated hero operating against the backdrop of a huge urban megalopolis bedrenched in rain and dark. While the adaptation may be faithful and even good, this is certainly NOT the world that Dick portrayed in his novel. I guess Deckard may be visualized uniquely by each reader, but I for one see him as a sort of rumpled, neurotic everyman, a Gene Hackman, say, or, if he's to be seen as at all stereotypically "heroic" of build and mien, then Robert Forster. However, the milieu is the shabby, run down but sun-drenched suburban world of the California that Dick knew, largely depopulated...not a Dashiel Hammett urban wilderness.

Nonetheless, I look forward to seeing how well the comics adaptation is handled. Unlike so many others, while I was initially besotted with BLADERUNNER for its visual splendor (and for being the first PKD work adapted by Hollywood), I have since gone off it a bit, seeing Harrison Ford's utterly wooden portrayal as a serious defect, and the screenplay as sometimes incoherent and the pacing as somewhat slow and portentious.

I think the underrated and little seen SCREAMERS a much better PKD adaptation, and the French BARJO to be the best rendering of Dick's work in another medium to date. A SCANNER DARKLY is also quite good. (Cronenberg's EXISTENZ is another great PKD movie, although not based on any work of Dick's.)But I digress.

Robert: PKD himself told the filmmakers that they had nailed his vision of the future California. Watch the BBC documentary for this tidbit.

If only Syd Mead were part of this....

the covers marginally look better but I bet they still look like the bland, over use of gradient shading, screen blended two steps away from lens flare filtered, dull, generic modern comic book pages like every single comic that comes out now with very VERY few exceptions. I hope not though, and I will deffinatly be look seeing this...

The old covers are just as good as the new ones, just different. Beauty and the beholder and all that, I guess.

Screamers, really? What awful tripe that movie was. I rarely ask for my money back at the theater, but I did for that one.

It may have been "faithful," but that doesn't mean good.

I'm aware of Dick's comments, as I read them in the press at the time. However, Dick is also known to have told people different things, according to what he thought they wanted to hear. I'm also sure he was simply thrilled and flattered that his novel was receiving a big-budge hollywood adaptation. Dick's comments notwithstanding, if you read his novel, you will see that BLADERUNNER presents a visual mise en scene that is nothing like the book's.

I thoroughly enjoy the visuals of BLADERUNNER, the set design and so on, but that doesn't mean I accept it as an accurate rendering of the novel's own setting.

Rarely is it acknowledged that the world of "Do Androids Dream of Electric" is choked by nuclear fallout. THAT'S the reason that it's dark and noir-ish, the atmosphere is filled with sooty death, cities are largely abandoned, and trash (kipple) is absolutely everywhere.

Robert Forster is an awesome idea - a vaguely sickly Robert Forester, because everyone in that world is kinda sickly (or on the verge of being so) - everyone is paranoid that they'll wind up too genetically damaged to eventually get to move to Mars. Deckard should be heroic for sure, he should be fast and clever, but all this in spite of also being tired looking, pale, unhappy. Who pulls that kind of thing off? Harrison Ford was just too unflappable, too Alpha Male. And ultimately Deckard's got a lot of existential angst going on, and Harrison Ford is about as far from that as I can possibly think of, he makes Bruce Willis seem ready for Beckett.

In terms of the setting - it's a pretty post-apocalyptic book really, not simply dystopian. I mean, society is still holding on, but things on Earth are pretty worse for the wear. I didn't imagine it as quite as glitzy as Blade Runner - other PKD books look that way for me, but not so much Do Androids Dream of Electric Sheep.

At the same time, PKD did say what he did when he saw the look for the film - who can argue with that? Maybe he was just happy to see something so swanky being made out of his work and felt like giving it a thumbs up. Who knows. In the end we have to trust PKD meant what he said, like when he likened High Castle and Martian Time-Slip as being birds of a feather in his oeuvre - it may make more sense to us another way, but they're his books and his worlds.

I don't think there's any point in saying that Blade Runner didn't accurately portray the world of Do Androids Dream of Electric Sheep? Who's to say they were trying to? In the end, if you want to enter the world of the book, then read it. Blade Runner takes the story of the fantastic book and takes it into this magnificent world of the noir-ish film. They're both equally as good in different ways, and I'm glad Ridley Scott didn't simply try and recreate the setting of the book in a film.
-giospurs

I just read article of a possible remake of dune, instead take the original novel of dune, and have Boom studios do the same as androids, It would be fantastic. thank you for shearing your post.